An interesting discussion has arisen about the winning photograph of the 2013 World  Press Photo awards. The winning image by Swedish photographer Paul Hansen showed two young casualties of an Israeli attack on Gaza being carried through the streets by their families. 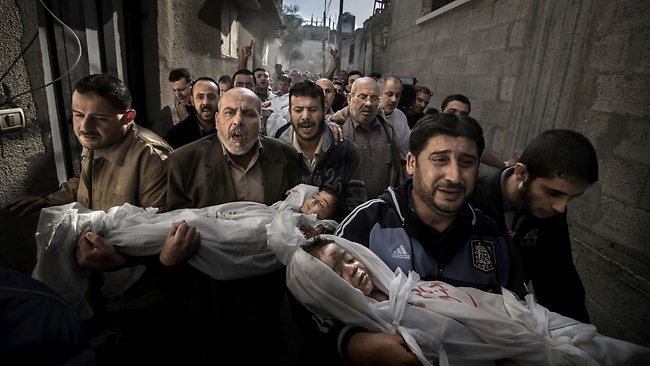 Almost immediately after the announcement of the winning photograph, criticism emerged, insinuating that the image may have been manipulated beyond the usual industry standard. Blog posts even called the image a “fake”, claiming that it had been “spliced together” from 3 different photographs.

A separate analysis by independent experts has now confirmed the authenticity of the image, clearing the photographer of all accusations of forgery.

I find this discussion and particularly the comments on some of the blogs regarding this topic quite fascinating. The underlying question that seems to arise over and over again is:

What constitutes undue image manipulation and what is legitimate?

This question is of course philosophical to some extent as everything from the image capture, to the image display or printing constitutes, in itself, a form of image manipulation. If you consider how different the same scene can look, depending on whether it was captured with a cheap pocket camera, an expensive DSLR (of whatever brand and colour configuration), or whether it was exposed on film (which then needs to be developed and scanned), or maybe even converted to black and white because your newspaper does not appear in colour, you will realise that no image is free from manipulation. Every image is subjective. It is subject to the equipment used to capture it, to the photographer’s choice of the aperture/exposure time combination, to the equipment used for developing and scanning it (in the case of film), and of course to the medium it is published in. Considering all this, I find it difficult to get excited about a photographer having brightened the shadows or darkened the highlights here and there.

This practise, which is also known as dodging and burning, is the bread and butter of photography dating back to the first photographs being developed and printed in the dark rooms of the 19th century. Back then, the dodging and burning was done in a more analogue fashion by shading or overexposing certain parts of the print, depending on the image characteristics. This is necessary because photographic film and also digital sensors, do not cover the same dynamic range as the human eye. Our pupil can adjust its size to the light conditions which is why we can step into a very dark narrow street and still see all the details in the dark street and the bright sunlit sky (apparently at the same time). Anyone who has taken a photograph of a dark street with a bit of blue sky in it will know that if the street is exposed correctly, the sky will typically be burnt into some boring white haze, giving the appearance of a grey overcast day although it may have been sunny. This is illustrated with the two images below. 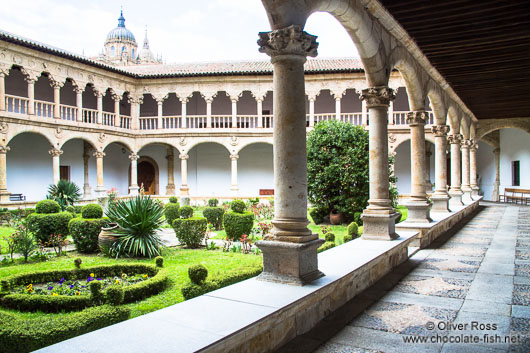 Interior courtyard of the Convento de las Dueñas in Salamanca (Spain) before reducing exposure of the sky. In order to correctly expose the shaded walkway along the columns, the sky has been overexposed. In this “original” image, the sky therefore looks grey, giving the impression of an overcast day. 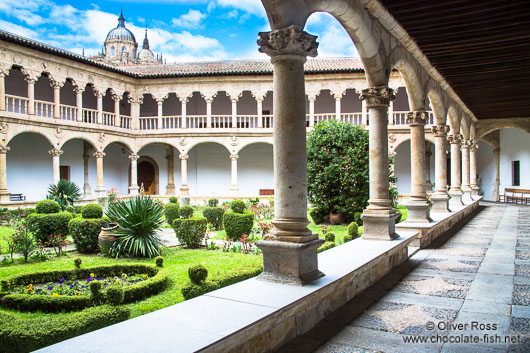 The same image as above, but with the highlights recovered (reducing the exposure by 1.8 stops). Only now does it become obvious that the day was indeed nice and sunny and the mood in the photograph has changed considerably. Some people would consider this image a “fake”. I would consider it bringing the image closer to (my subjective recollection of) reality.

With the advent of digital photography, and in particular the RAW file format, cameras can now capture about +/- 3 stops more than what is actually seen on the screen. This means that in the post processing of your images, you can shift the exposure in all – or parts – of the image to recover some of the burnt out or underexposed areas. To me this is more like restoring the image to a more accurate representation of reality (whatever that may be in my or any photographer’s subjective opinion) rather than a manipulation thereof. If we return to the two images above, I am essentially restoring the blue colour to the sky as the non-processed image would give the false impression of a grey overcast day.

According to an interview with Paul Hansen, the photographer of the price-winning image, this is exactly what he did. He created 3 copies of the same RAW file and blended them together. One copy would be highly underexposed (to bring out the sky and those parts of the houses that are in direct sunlight), the second one may be the image how the camera took it, and the third one a highly overexposed version to bring out the shadows. All this can be done from the information contained in the original RAW file as it stores +/- 3  stops on either end. The result is what is typically known as an HDR, or high dynamic range image. In my opinion, anyone who considers this an illegitimate image manipulation or even a “forgery”, as was written in some places, has very little knowledge of photography.

It would be naive to assume that only a completely unprocessed image would be able to provide an accurate representation of reality. Already the decision of what the photographer chooses to include in the frame and what to omit can lead to a distortion of reality without the need for any image processing. Anyone who has fallen for the nice glossy images of apparently pristine and secluded beaches in travel catalogues will know what I mean. Admittedly, the image in question was not from a travel catalogue but a press photograph and different standards apply (and rightly so). Nevertheless, by adjusting image brightness and/or exposure, one can hardly accuse the photographer of forgery as the main subject of the image remained unchanged and the events leading up to the image are undisputed.

I guess the only conclusion to draw from this discussion is that no photograph can represent “reality” to 100%, especially if we define “reality” as the way a scene would present itself to an in situ human observer (a Palestinian will probably see a different reality in the price-winning image compared to an Israeli). The interpretation of an image always depends on the context and background within the mind of the observer. So one single image can represent several different truths without having to be manipulated in any way. Of course we need to be able to place a certain amount of trust both in the photographer and the magazine or newspaper where it appears. Different media outlets have varying standards and so do photographers and our trust may be misplaced sometimes. It is therefore always good advice to consult different sources (main stream and alternative) to find some approximation of your very own version of the truth.