After over 6 years of service, I recently retired my EOS 5D and replaced it with the 5D Mark III. The Mark II never appealed to me, since I did not consider the new features worth the investment but when the Mark III came along, I decided to finally upgrade. You can check out the specs of the Mark III here.

I received a number of emails asking whether the Mark III is worth the price tag of currently about €3,000 so I decided to share some of my impressions here since I already had the opportunity to test the camera for a few months now. This will neither be a very technical nor a very systematic review, as there are plenty of those out there already. It is merely a comparison between the Mark I and Mark III, from the perspective of a travel photographer who has more than 6 years experience with the Mark I.

While the original Canon 5D Mark I was certainly a good camera, it had its limitations, especially in low light photography. It produced usable images with acceptable noise levels for ISO speeds up to about 1250 but for higher settings the images would become very grainy and noise was very apparent. The new Mark III has a standard ISO range from 100-25,600 which can be extended to a whopping 102,400. While this sounds very impressive, I was very sceptical in the beginning but after using the camera in a wide range of light environments now, I have to say that I am very impressed by the quality it delivers.

The shot below was taken in a palace compound in Seoul which was very dimly lit. 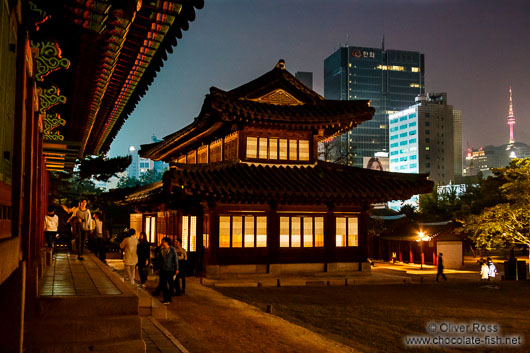 Apart from this being a rather impressive example of image stabilisation on the part of  the Canon 28-135 IS lens, the shot also shows very little noise, especially after applying some noise reduction in Adobe Lightroom as can be seen on the 100% crops below. 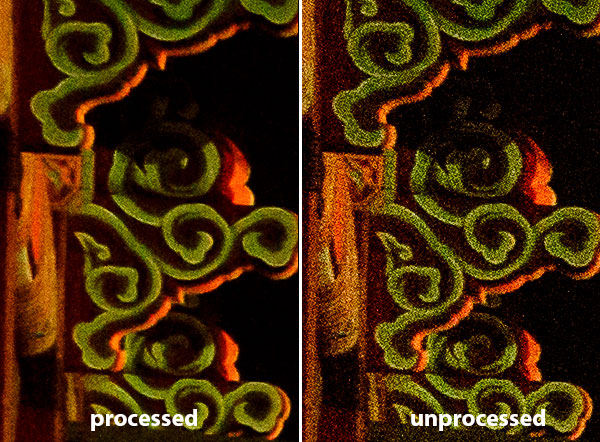 The image on the right shows the image as it came out of the camera. Noise is apparent. The image on the left shows the processed image with luminance noise reduction set to 50% in Adobe Lightroom. While the loss of detail is unavoidable, the noise is reduced to very acceptable levels.

Other features that make my life as travel photographer much easier are and which I would like to mention are: