The modern face of Barcelona

Most visitors coming to Barcelona have several items on their must-see list, such as the Gaudí buildings and parks, the Picasso museum, La Rambla, and maybe even Camp Nou, Europe’s largest football stadium. Very rarely do people come to Barcelona with the intention to see some of its more modern aspects, such as the prime examples of contemporary architecture which are springing up all over the city. If you are looking for some good “off-the-beaten-track” sightseeing, far from the crowds of the Gótico or Park Güell, this might be just the thing for you. Especially in the districts of Poblenou/Diagonal Mar but also along the water front and even dotted throughout the Gótico you can find some good examples of the city’s more modern face.

The first wave of modern architecture came with the Barcelona Olympics in 1992. Especially the buildings along the Olympic Port date from this period and include famous architects such as Gehry and Skidmore, Owing & Merill who created the Arts Hotel and adjacent whale sculpture. 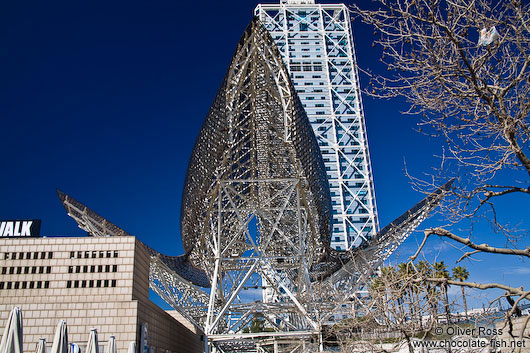 Several years after the Olympic boom, there was a second wave of modernisation in an effort to breathe fresh life into a by then rather derelict part of town: the Forum. Architects Herzog and de Meuron created the Forum building which now houses the Museum of Natural History (Museu Blau). 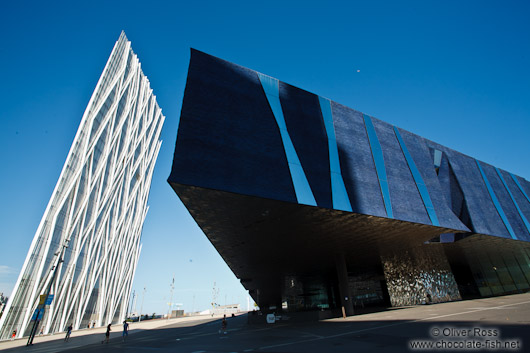 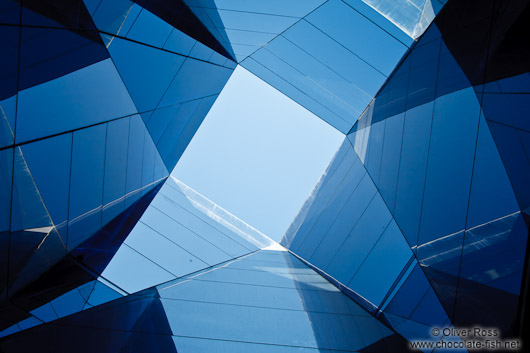 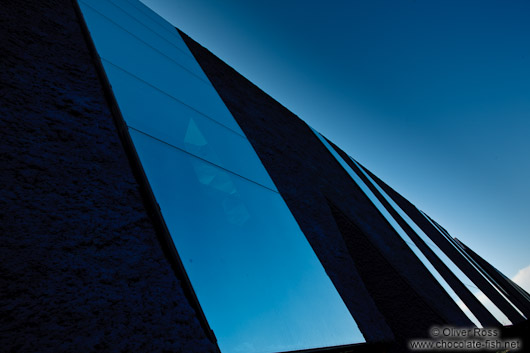 At the tip of the Forum, stands another modern icon of the city: an impressive 10,500 m2 array of solar panels (the largest urban solar structure in Europe by the way). Today the Forum is mainly used to host large music events such as the annual Primavera Sound Festival. As a result, the area is mostly deserted which makes for a nice getaway from the crowded city centre. 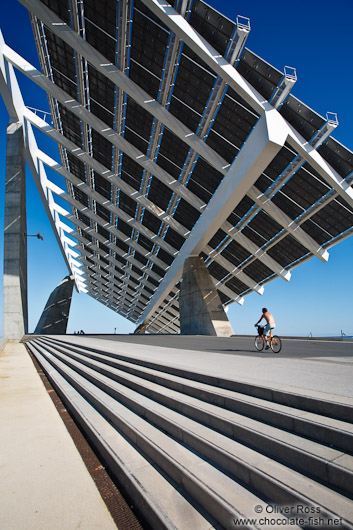 Large array of solar panels in the Barcelona Forum

More recently, the suburb of Poblenou (literally “New Village”) has seen a medium sized construction boom. During the Industrial Revolution, Poblenou was a local centre for industry and manufacture. As a result, the district mainly consisted of factories and warehouses accompanied by working class residential buildings. After decades of neglect and decay, and with in some areas almost 40% vacant buildings, a new ambitious plan has been drawn up to transform the suburb into a modern technology park. As a result, the new 22@District in Poblenou showcases some prime examples of contemporary architecture, including the MediaTIC Building by architects from Cloud 9 led by Enric Ruiz-Geli. As an example for sustainable architecture, this building is particularly interesting as its facade is covered with inflatable bubbles which help to regulate the lighting and temperature and lead to a 20% reduction in heating and cooling costs. 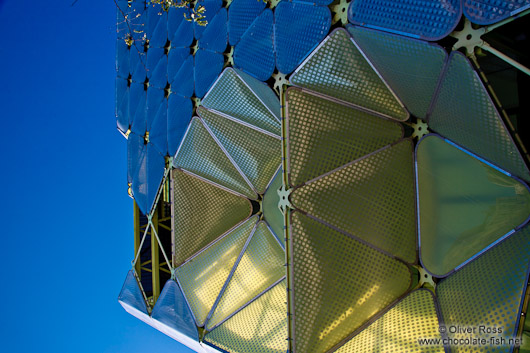 Facade of the MediaTIC Building in Poblenou 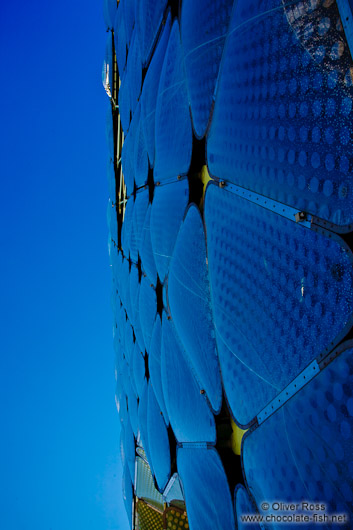 Facade of the MediaTIC Building in Poblenou

Another example for sustainable architecture is the CMT headquarters building by Battle & Roig Architects (2010) where the self-shading facade leads to a much reduced energy bill during the hot summer months. 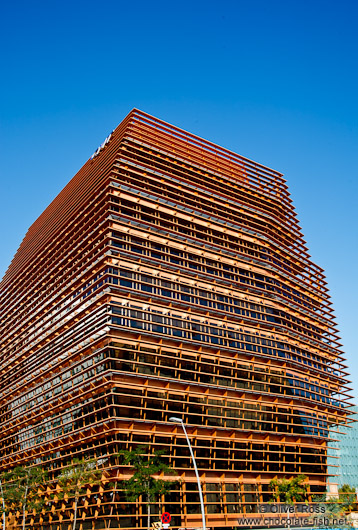 CMT headquartes in the 22@District in Poblenou

This list is of course far from complete. Other examples include the Marenostrum Tower, the Imagina Building, the RTVE Corporate Building, la Illa de la Llum, the P99, the Disseny Hub Barcelona, the Spiral Tower, and of course the Agbar Tower which make the 22@District in Barcelona well worth the detour from the more traditional sights in the city centre.