After almost 5 years of living in Barcelona, this morning I finally paid a visit to the Palau Güell. It is one of the lesser known Gaudí buildings in Barcelona and does not receive quite as much attention by visitors as the more famous La Pedrera or of course La Sagrada Familia. 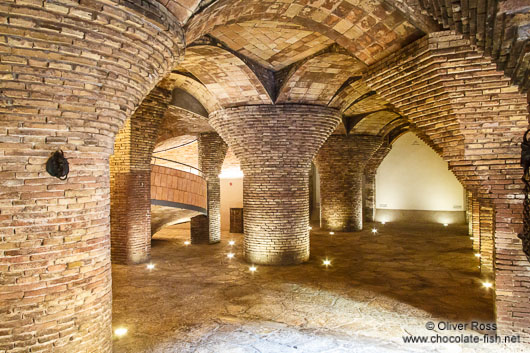 In 1885, Antoni Gaudí received the commission to design Palau Güell as a private residence for the Güell family, a rich industrialist family with several other properties in Barcelona (e.g. the famous Park Güell). The building was designated as a cultural World Heritage site by UNESCO in 1985 and has only recently been fully restored and re-opened for visitors. 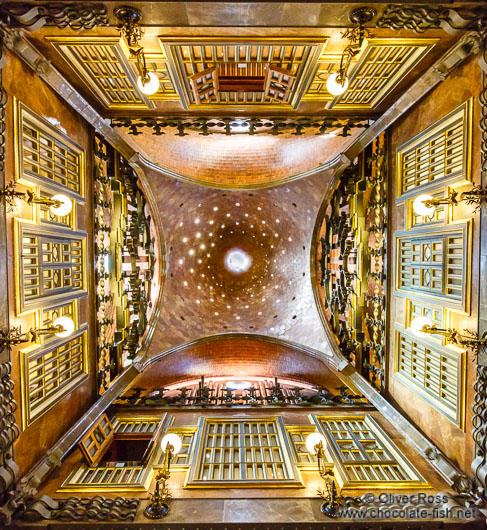 Looking up in the Central Hall of Palau Güell

The building itself gives off a slightly sinister atmosphere due its sheer massiveness, the choise of materials such as wrought iron and dark stone and the general lack of light in the interior rooms. However, once you reach the roof terrace, Gaudí returns to his usual playfulness with  20 sculptured chimneys, decorated with the typical broken tile shards, and in their centre the main spire of the dome that crowns the central hall. 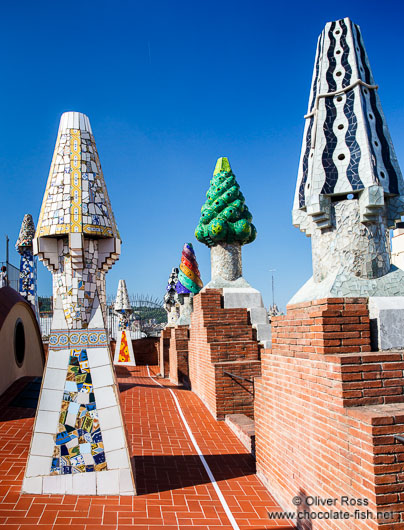 Sculpted chimneys on the roof terrace of Palau Güell

The building is worth a visit also because it represents the only example of domestic architecture which Gaudí brought to completion and which did not undergo major changes.

New photos have been added to the Barcelona Gaudí gallery and can be found by searching for Palau Güell.