A trip to the Spanish heartland: Castile

During the Easter weekend, I travelled through Castile which includes the autonomous regions of Castilla y Léon and Castilla la Mancha, the traditional heartlands and geographic centre of Spain. With Castile being as far from the sea as you can get in Spain, it doesn’t attract nearly as many visitors as its Mediterranean counterparts of Catalonia, Valencia, or Andalusia. Nevertheless, its many cultural and historical treasures make it a definite must-see on any trip to Spain.

My journey first took me to the historic city of Segovia, famous for its large Roman Aqueduct which is one of the best preserved Roman structures on the entire Iberian peninsula and listed as a UNESCO cultural world heritage site. 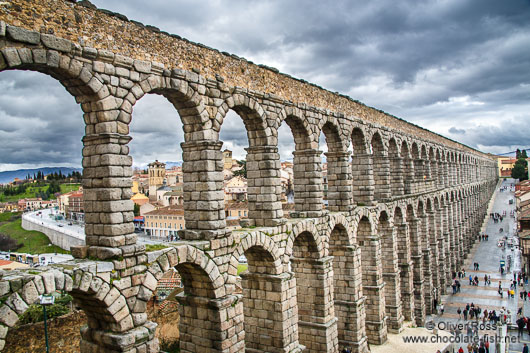 The Roman Aqueduct in Segovia

Segovia is also home to the Alcázar (the royal castle and residence to some of the Castilian kings as far back as the 12th century) and a massive cathedral which is considered to be a particularly fine example of the local Gothic style as it was among the last cathedrals to be built in this style in Spain. 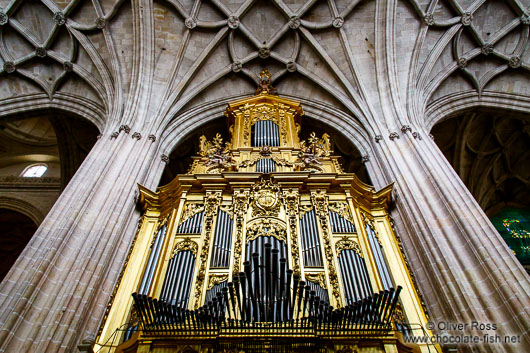 After a brief stop-over in Ávila, which is renowned for having a completely preserved city wall encircling the entire old town, I arrived in Salamanca, about 2 hours West of Madrid. Salamanca is a city which has history oozing out of every nook and cranny. It feels like it was built with the sole purpose to impress a sense of grandeur onto the visitor. Wherever you turn, there is another towering cathedral, a Gothic convent, a grand square, or medieval palace. The entire old town is listed as a UNESCO world heritage site and includes a magnificent Plaza Mayor (main square) and the city´s university which is the oldest in Spain and the second oldest in the Western World after Bologna in Italy. 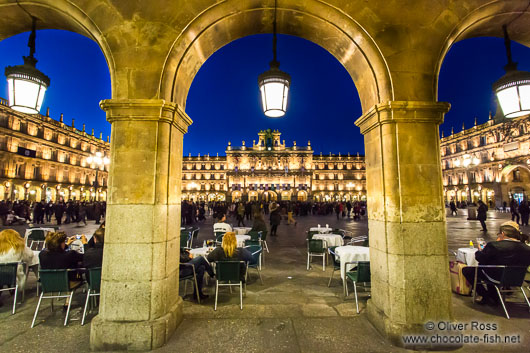 With it being the Easter weekend, the cities in Spain are trying to outdo each other by putting on spectacular religious processions which can last hours and involve corporal mortification or something that is not too far off like a few dozen men having to carry religious displays that can weigh over a ton. While the processions in Salamanca are not as festive as in Andalusia nor as solemn as in neighbouring Valladolid, the entire city seemed to be caught in a mood of religious devotion. 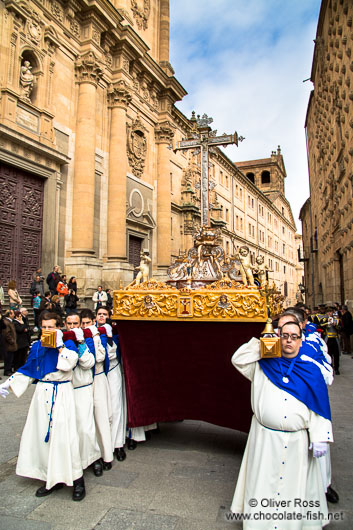 My final stop on the trip was Toledo, a smug little town just 1 hour to the South of Madrid. While Salamanca impresses with its grandeur and the many towering Gothic churches and palaces, Toledo’s charm lies in its small alleyways, its concentration of local artists and craftsmen including its patissiers who produce the famous Toledo marzipan. Add to this a spectacular location in a u-shaped meander of the Tajo river and your feel like you never want to leave again. 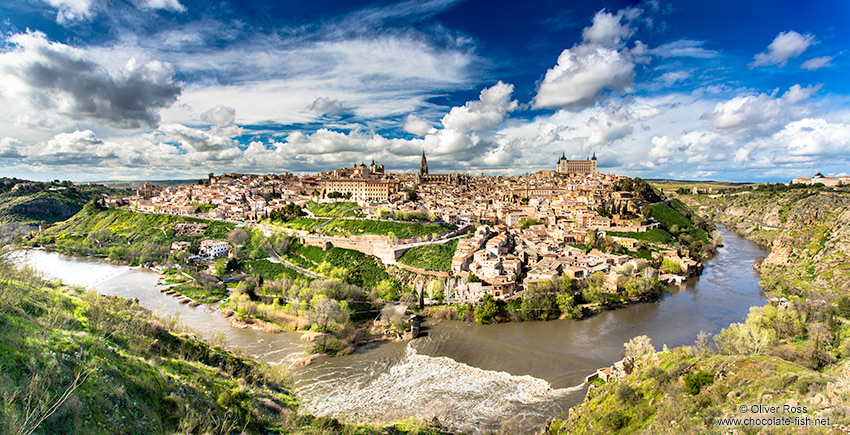 Another intriguing aspect of Toledo are its old synagogues, in particular the Ibn Shushan Synagogue. What makes this synagogue remarkable is that its style and architecture were completely preserved over the centuries, despite its conversion into a Catholic church in the early 15th century (being renamed Santa María la Blanca in the process) and despite its builders having been expelled from the country by royal edict in 1492. It is therefore not only one of the few remaining synagogues in Spain itself but considered one of the oldest synagogues still standing in all of Europe. Ironically it is now owned and operated as a tourist attraction by the Catholic Church. 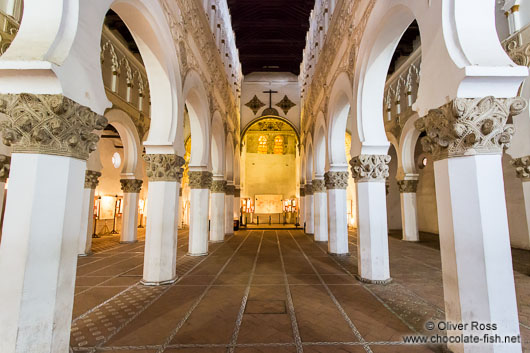 Like many countries in Europe, Spain boasts a large degree of diversity in a relatively small area. If you are planning to visit Spain, make sure you pencil in some time to visit its cultural and historic heartland, the central plateau which was once the kingdom of Castile.

To view the entire collection of photos please visit the Castile gallery.