Christmas markets in France and Germany

This Christmas I visited the Christmas markets in Strasbourg and Kaysersberg (France) as well as in Gengenbach (Germany). Although originally a German tradition, Christmas markets are also very common in the Alsace region due to its German heritage. With more than half a million inhabitants, Strasbourg is the Alsatian capital and the seat of the European parliament. It markets itself as the Christmas Capital (no less!) and it is not really much of an exaggeration. During the months of December and early January almost the entire city centre is an ocean of Christmas lights and decorations against a backdrop of medieval half-timbered houses and cobblestone streets. As a result, thousands of tourists flock to the city during this time and especially over the holidays the going can get tough in the narrow lanes of the old centre. 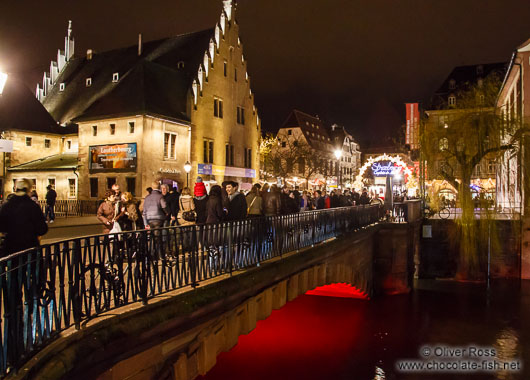 The villages of Kaysersberg (France) and Gengenbach (Germany) appear like some quiet little backwaters in comparison. Both have a mountain setting with Kaysersberg in the southern Vosges mountains near Colmar and Gengenbach in the wine growing region of the central Black Forest near Offenburg. Both villages are quite charming and make for a less crowded experience than Strasbourg. 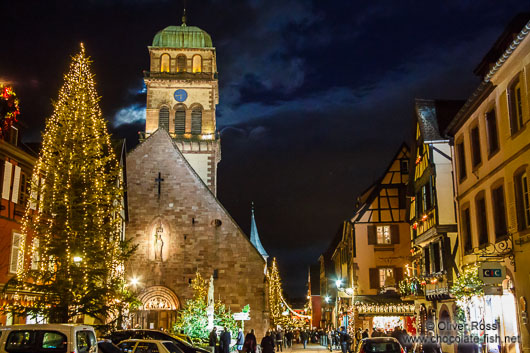 Apart from the obligatory hot wine (Glühwein/vin chaud) the culinary delicacies include Tarte flambée or the German equivalent of Flammenkuchen/Rahmkuchen, sausages, Schupfnudeln (a tasty combination of gnocchi style pasta with sauerkraut and bacon) and of course large quantities of sweets, ginger bread, nuts, chocolates, and biscuits in all shapes and sizes. 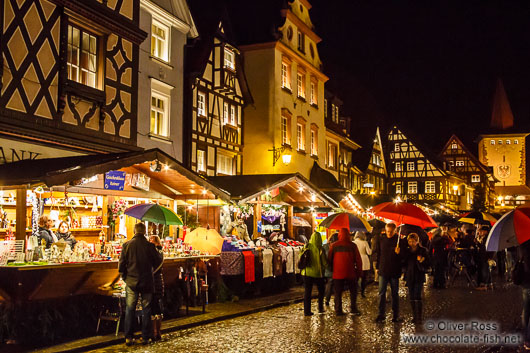 The images can be found in the Alsace and Black Forest galleries or by searching for Christmas market.